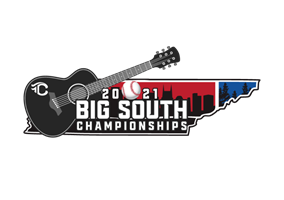 In the 16u Division, the 1:00 pm game has been moved due to field conditions after the rain.
The 1:00 pm game between The Tri-City Giants and Nashville Select 16u Navy will now be played at Jim Warren #2 at 6:00 pm
The 3:30 pm game between Twitty City Pirates Geritano and Nashville Select 16u Navy will be played at 8:30 pm also at Jim Warren 2

The schedule has been updated

July 4th Guide
What is going on in Franklin

You can follow tournament results, standings, bracket play and all updates by downloading the Triple Crown Sports App at the App Store or Google Play

All schedules are posted. Respectfully, game time request are no longer being accepted at this time.

We are still actively accepting entries for these 2 age groups and will post game schedule as soon as we finalize the list of teams for these age groups. If you have questions please reach out. Thanks, John Casale

Tie-Breaker System: For ALL games (other than Championship Game) if a game is tied after all innings have been completed (or at time limit), the "American" tie-breaker rule will go into effect. The last three hitters from the previous inning will load the bases. The base runners will be placed as follows: Last hitter from previous inning @ 1st Base / Hitter before him in the lineup @ 2nd Base/ Hitter before that in the lineup @ 3rd Base. The offensive team also starts the inning with one out. This happens until the tie is broken and the game is complete.

Pool Protection may occur for Bracket Play:
When seeding teams for the playoffs, if 2 teams have previously played each other in Pool Play we may Pool Protect. This means we may exchange the lower seeds to provide both teams with a new opponent for only their first playoff game. For example, in an 8 team playoff bracket, the #1 Seed would normally play the #8 Seed. However, if the #8 Seed and #1 Seed have played we would flip the #7 seed with the #8 seed so as to avoid a rematch of pool play in the first round of playoffs. The seed flip must create new matchups in both games, if not we revert back to original seedings (i.e. #1v#8 & #2v#7).

This participant isn't participating in any games or the schedule hasn't been posted yet. Please check back in the future for an update.