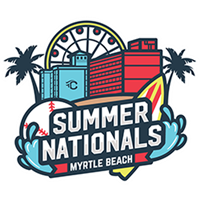 There are NO TIES in this tournament we will play for a winner with the exception of inclement weather.

Pool Protection may occur for Bracket Play:
When seeding teams for the playoffs, if 2 teams have previously played each other in Pool Play we may Pool Protect. This means we may exchange the lower seeds to provide both teams with a new opponent for only their first playoff game. For example, in an 8 team playoff bracket the #1 Seed would normally play the #8 Seed. However, if the #8 Seed and #1 Seed have played we would flip the #7 seed with the # 8 seed so to avoid a rematch of pool play in the first round of playoffs.

No pool found for this division.
* Game(s) won't count against standings

Loading...
Standings View
No brackets found in this division.

All event related questions should be directed to John Casale at john@triplecrownsports.com.